I found some bpmn-elements (http://www.bpmnquickguide.com/view-bpmn-quick-guide/) haven’t realized in current stage of library. Such as:

Will they be added?

Did you try out the wrench symbol on modeled elements? It gives you access to all BPMN 2.0 elements. 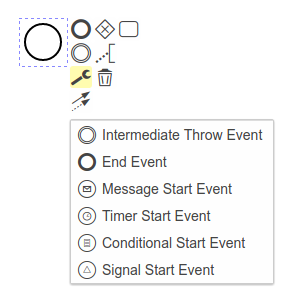 Yes, but… For example: 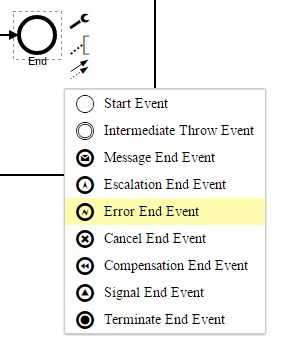 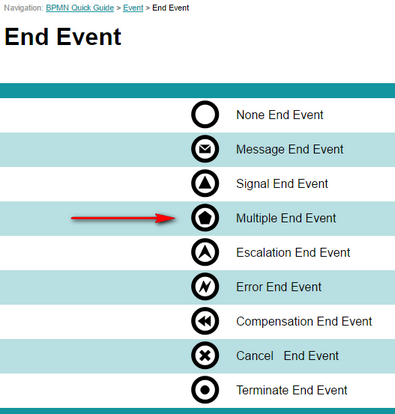 Ah, sorry for that. Yes, there are some elements that cannot be modeled right now, basically because they are not in widespread use or of unclear semantics. We have no plans yet to allow modeling these.

They can be imported (and dealt with) when created from another modeling tool, though.

It’s been 4 years. Hows the requested events coming? It’s not that hard to add a icon in the list (even tho it’s not gonna function perfectly).

Please do not necrobump old topics. Instead link to this thread from new topic and explain, which events you’re missing.

As nikku emphasized beforehand, we currently don’t offer 100% bpmn coverage because of various reasons. If it would be just adding an icon to the Context Pad, we probably already had been implementing them.