I tried running the Nyan cat example, https://github.com/bpmn-io/bpmn-js-nyan , but then I click on the Icon, nothing happens, and an image of cat is there on the screen, which won’t move and is just there. 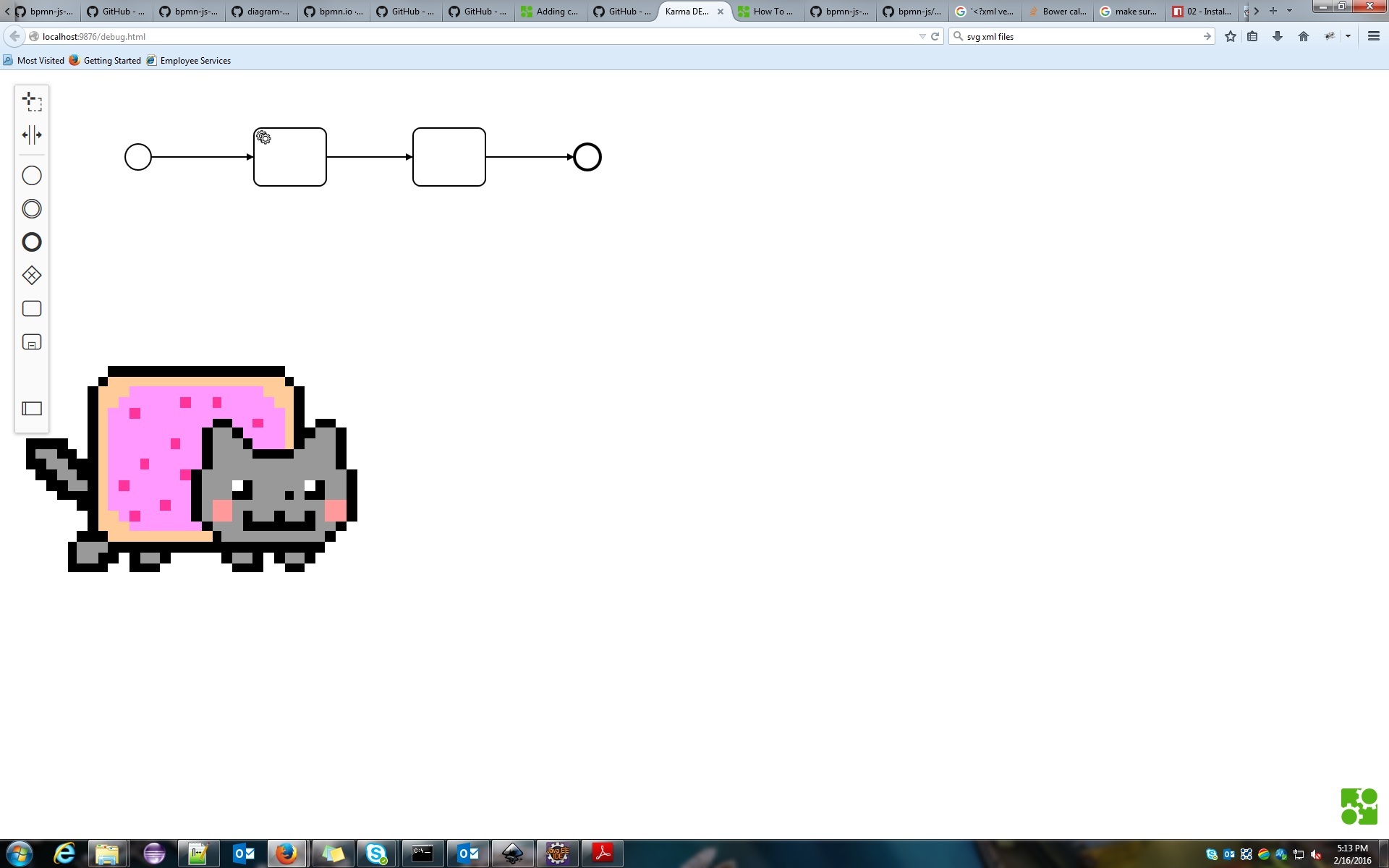 Any way out on how to achieve the required functionality?

Which environment (browser, operating system) are you using?

Could you check the log if there is any kind of error?

There’s another strange thing is that the custom elements are not rendered on the
palette now, however there are no problems with rendering on the canvas.

I updated the example to the latest version of bpmn-js. Could you try again?

Stuff works fine for me on Chrome and Firefox (latest).

Works fine now. Thanks a lot for the quick response.