Quick feedback: In this context menu  wouldnt it be sufficient to just
show the text Message  as it is clear that it is a Boundary Event? I
think that would make it more intuitive 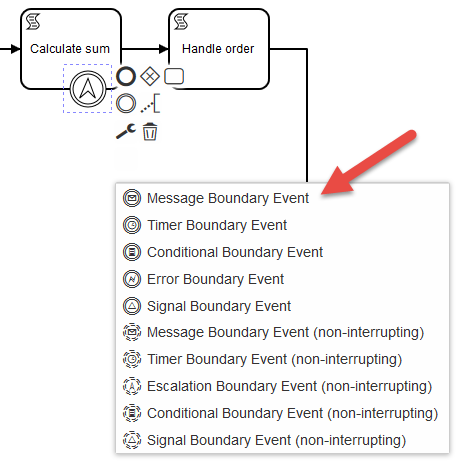 Good point. We could shorten the text to remove Boundary at least.

Another idea is to get rid of the text completely and just show the icons with Tooltips.

I think it is is a good solution, because it is more consistent (like in the palette/context pad). Also it is more intuitive since people probably don’t read the text description once they know how a non-interrupting conditional boundary event looks like.

Plus: They can check the Tooltip, if they are not sure it’s the right element. 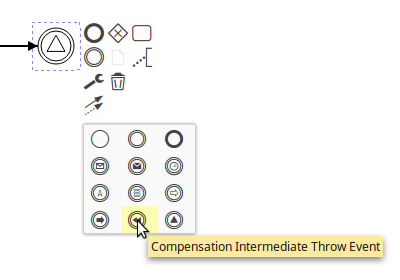 Let us know, what you think!

I like this idea - as we would also get rid of a second problem I see: In the current context menu you would need scrolling sooneer or later - as I very often have it at the bottom of the monitor and cannot see most elements.