Line is unexpectedly behind elements?

But when I drag the line in the opposite direction - from the DataStoreReference to the Task,then the line is correctly “in front” of the task rectangles: 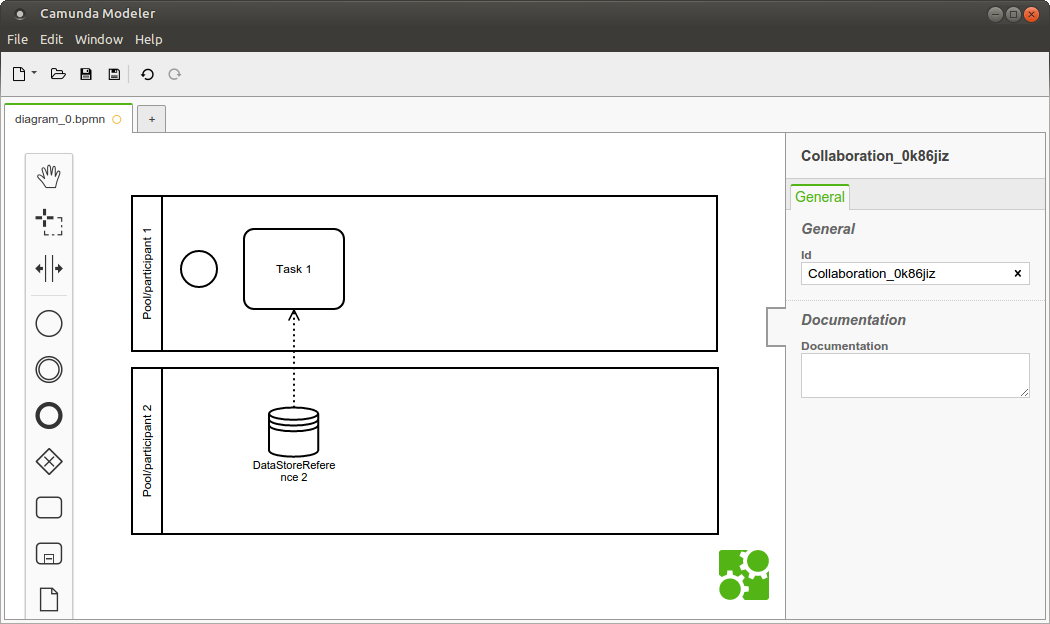 … except, I don’t need the arrow in that direction.

So how can I get the line to show correctly above/in front of the rectangles in the first case- so the arrow points away from the task, and towards the DataStoreReference?

The BPMN spec mandates that a DataStoreReference has to be contained in the Participant in which it is referenced. That said you are (according to the spec) not allowed to render associations across pool boundaries.

There is an open ticket on bringing back the data store between participants (which is highly usable but WRONG according to the spec). As part of that ticket we will fix the behaviour your describe, too.

For other Camunda Modeler related issues, please refer to its new forum.

Many thanks for the answer, @nikku:

That said you are (according to the spec) not allowed to render associations across pool boundaries.

I had a hunch that this behavior is due to a spec, but I couldn’t really confirm, as I don’t know the spec in full - so thanks for confirming this!

For other Camunda Modeler related issues, please refer to its new forum.

Got it, thanks for mentioning this too…